Performing Songs from The Rat Pack to Buble

Performing Songs from The Rat Pack to Buble

Who is Rob Keen? 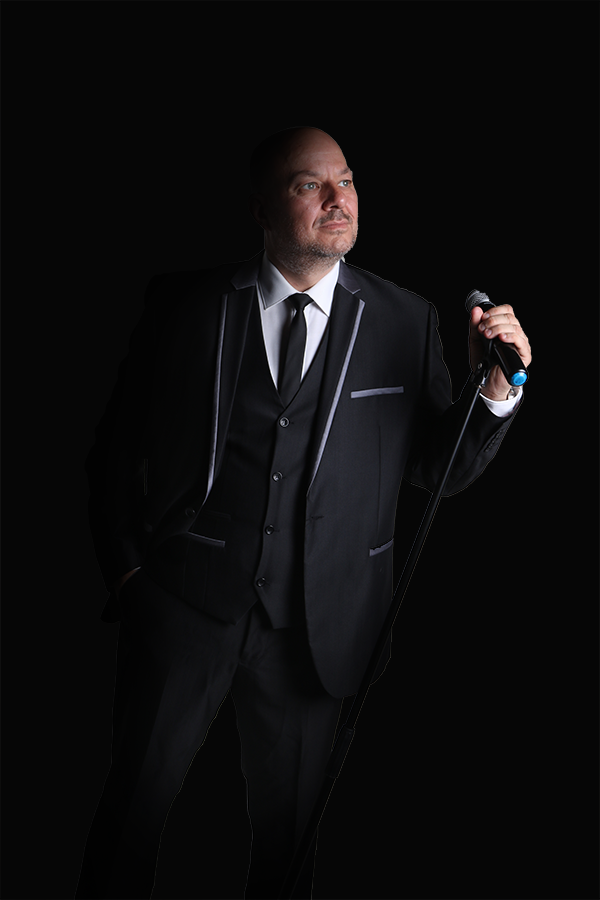 Rob has been an entertainer for almost 30 years having started out in the business as a roadie for his Father and Uncle’s mobile disco, learning the art of entertainment from the tender age of 17. His first ‘gig’ was at the ripe old age of 19 when he was asked to sing at a family member’s Silver Wedding Anniversary. His thoughts afterwards…a bit nervy but, wow, when do I get to do that again!

The answer was the following week when he signed with a local Agent, the late Tony Thomas, who immediately saw his potential and invited him to hone his skills at a private entertainment school that Tony ran for a select few. These lessons soon paid off as by the age of 21, in a field where the customer was demanding more and more, Rob was seen as one of the top Entertainers in the Agency, which itself, was one of the biggest in the UK.

Several years passed during which Rob earned his spurs played the length and breadth of the UK, even being asked to perform in Europe, During this time, he became the entertainer of choice for many of the top hotels in and around Manchester including the Victoria & Albert, where he worked for almost 10 years, The Lowry, Piccadilly Hotel, Portland Hotel and The Britannia Hotel, gaining a reputation as an ultra professional entertainer who always made sure that he did and gave everything to make the evening be the best that it could be.

This dedication to the job saw him recognised by an industry leading Agent as their performer of the year in 2002 and again in 2008. Soon after this, Rob signed his first Professional Management Contract with the Chairperson of the North West Agents Association and he was promptly invited to perform at their Annual Christmas Ball.

Buoyed by this recognition, Rob’s reputation increased and so did his workload, taking him up and down the UK, into Europe and onto 2 separate Cruse contracts with Fred Olson as P&O Cruises where he successfully toured around the Mediterranean.

From this, Rob was invited as a guest onto the Sky TV series ‘Cruising with the Stars’, and also appeared on the Sky 1 show ‘My Prom Night’, which Rob describes as his career highlights to date.

Some of his most notable performances have seen him appear at the Wedding Receptions and Birthdays of numerous popular sports stars across the football, rugby and cricket world, as well as several parties for National Radio Stations including BBC Radio and some of the smaller independent stations.

Finally, Rob was the chosen entertainer for the first ever Gay Pride Multiple Civil Weddings Ceremony held in Manchester. He has also devoted some of time to performing at a number of Charity events including Christie’s, Macmillan Nurses and Help For Heroes.

Rob is available throughout the UK for Weddings, Private Parties, Public Events and Corporate Functions.

Ain’t that a kick in the head
All of me
Bad Bad Leroy Brown
Beyond the sea
Can’t take my eyes off you
Celmentine
Come fly wth me
Cry me a river
Don’t rain on my parade
Everything
Feeling good
Fly me to the moon
Have you met Miss Jones?
Home
I get a kick out of you
I left my heart in San Francisco
I’ve got you under my skin
It had to be you
I just haven’t met you yet
Lady is a tramp
Let there be love
Let’s face the music and dance
Luck be a lady
Mack the knife
Mister Bojangles
Music to watch girls by
My Way
New York New York
Night and day
Save the last dance for me
Sway
Such a night
Summer Wind
That’s amore
That’s life
The way you look tonight
Volare
Witchcraft
You make me feel so young

plus many many more…

For all general and booking enquiries, contact enquiries@allthingsswing.co.uk, complete the form below or call on 07766 545 771, and we will respond as soon as we can.